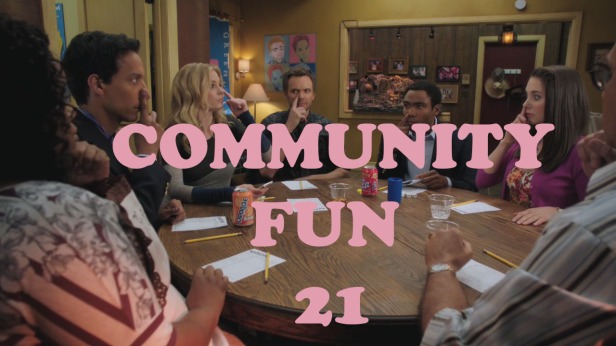 This week I’m running down a list of 21 defining Community moments, leading up to the Season 5 premiere. Tonight’s moments lean more towards the sad side of the Community scale, exploring some of the gang’s deepest fears and rifts. Moments 12 through 10 after the jump. 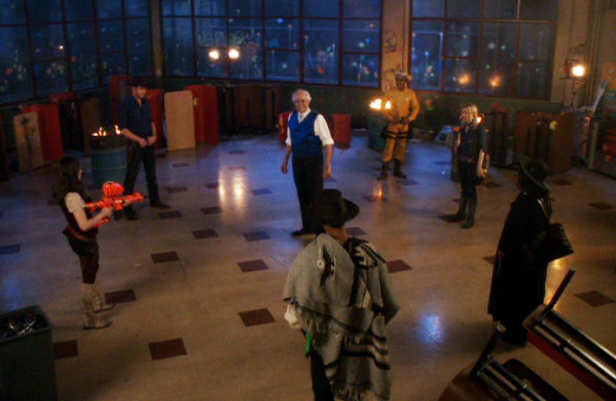 Pierce as a villain works well for a number of reasons. Due to some, um, personal preferences of Chevy Chase that I won’t comment on, the writers started to look for storylines Chase could perform on his own. The subsequent alienation of his character became the source of a lot of humor and eventually grew into the central story arc of season 2. Essentially, he functions as the Big Bad for the entire second half of the season, leading the rest of the group to purposefully push him away during key moments. Much publicized personality issues aside, Chase is largely the reason this plotline works as well as it does. His massive vulnerability remains so clear through even his jerkiest moments that he becomes too powerless to be a villain in the strong sense of the word. He’s just insensitive and dickish and petty in a way that doesn’t gel easily with the entity the study group becomes. This final showdown is the most heartbreaking conclusion for Pierce.  It was telegraphed for much of the season that Annie was his favorite. He says it outright in Intermediate Documentary Filmmaking, but even before then it was clear that he appreciated her unwavering kindness towards him. Here, when the one person who has refused to alienate him looks at him with such disgust, it’s impossible not to see his worst fears come to life. Chase plays those emotions beautifully, and for that I’ll miss Pierce quite a bit.

There’s not a whole lot of analysis I’ll tack on to this one, since it comes in the very first episode of the show. In a prelude to the first ever Winger speech, the group reveals the issues they have with each other, culminating in Abed legitimately quoting Bender’s speech from the Breakfast Club word-for-word. I watched the pilot when it first aired, mostly because I had a crush on John Oliver from The Daily Show and was excited to watch him be British in other contexts. I’ve got a very clear memory of sitting on my parents bed (their TV was the only unoccupied one in the house) when Abed has his first great moment here and laughing my ass off so hard my family heard me downstairs. A lot of that is thanks to Danny Pudi’s delivery, sure, but in retrospect this was the first huge moment forming my perception of this show. It went from being a fun ensemble show to something a bit more self aware – something more attuned to the obsessive way I myself had been consuming pop culture for 18 years.

Like #12, this one is another calculated heartbreaker. Troy and Abed’s friendship was the bedrock of the show, Community’s most stable and recognizable relationship. Their shared and boundless imagination largely reflected what fans loved most about the show. So its fitting that their bond is tested during the darkest part of the show’s narrative. Though he remains the show’s most childlike personality, we’d watched Troy grow up for the better part of three seasons at this point, as mentioned in last night’s post. Abed’s character, on the other hand, is built around an emotional stasis. He’s practically ageless, to the point where some have wondered whether or not he’s actually closer to Jeff and Shirley’s age than Troy and Annie’s. Between that and his family’s less-than-enthusiastic approach to his personality, it’s natural for him to fear the day that his soul mate will outgrow him. But knowing that it’s coming – and knowing that they won’t stay apart for long – still doesn’t make this moment any less devastating. In his own muted way, Abed matured a lot through this experience with his best friend, allowing him to be more accepting of the many ways people move on and change. This story arc was hard to watch, but it makes me significantly more optimistic about how Abed might handle Troy’s ultimate departure (sniff!) this season.